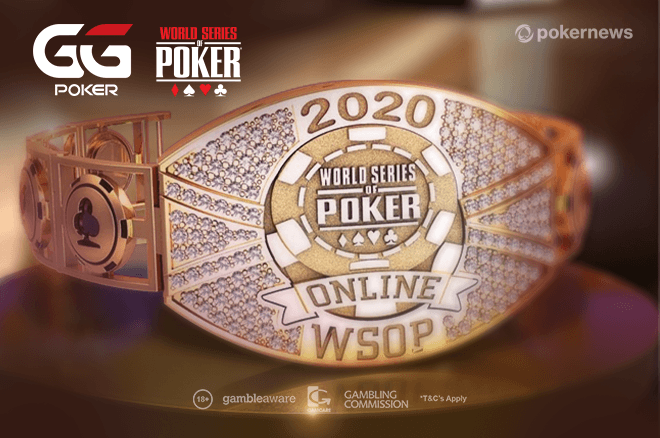 To say the 2020 GGPoker World Series of Poker Online has been big is quite the understatement; those who followed along with PokerNews live reporting throughout the summer knew the incredible size and scope of the fields the 54 events on the fast-rising site.

Today, we take a look back at all the stats from this unique event in WSOP history that awarded nearly $150,000,000 in prize money throughout the summer!

Play every WSOP event at a fraction of the price!

Want to experience the GGPoker WSOP at an affordable price point? Check out the GGSOP that’s running Sept. 12-27 on GGPoker!

For those with smaller bankrolls that would like to experience the same offering, GGPoker has launched the GGSOP, where players can experience the full slate of WSOP events at a fraction of the price. This series runs Sept. 12-27 on GGPoker with combined guaranteed prize pools of $6.5 million despite buy-ins ranging from only $2.50 up to just $50.

The 2020 GGPoker WSOP Online by the Numbers

Runner-up Wenling Gao instantly became the biggest women all-time WSOP money winner with a score of $2,748,605, overtaking the top spot from Vanessa Selbst who has won $2,201,877 in WSOP events to date.

Unsurprisingly, the Main Event also topped the rankings when it comes to the biggest prize pools. The second-biggest one was the $10M guaranteed in the $25,000 Poker Players Championship, while the MILLIONAIRE MAKER, WSOP Super MILLION$, and Mini Main Event rounded out the top 5.

Following up on its live counterpart, the BIG 50 kept the streak going and nearly doubled the 22,374-player field in the BIG 50 live edition back in 2019. Two more events, the $100 WSOP MILLION$ and $100 The Opener, broke the previous field-size record set in the Rio last year.

Despite Having to Relocate, USA Still Captured the Most Bracelets

That the United States would sweep up all the bracelets on the WSOP.com of things, with access restricted to those residing in Nevada or New Jersey, wasn’t a surprise. However, in order to play in the GGPoker portion, the Americans had to relocate and did so en masse.

Overall, the United States captured nine of the 54 bracelets to become the most successful country of the series. Canada was a distant second with five pieces of the coveted wristband, while poker giant Brazil took third place with four bracelets, perhaps slightly under expectation for the South American powerhouse that’s been crushing it at the tables as of late. In total, bracelets were won by players from 29 different countries including Vietnam, Iran, Estonia, Hong Kong, and, of course, Bulgaria with Main Event winner Stoyan Madanzhiev.

The top three is similar when it comes to final tables made: the USA leads the way with 60, Canadians reached the final table 41 times and Brazilians had 38 people to cheer for with one table left. In total, players from 59 different countries made it to each of the 54 final tables. France was the country with the most final tables reached (16) but without ending up with a bracelet winner.

Two separate leaderboards were kept throughout the series, one for the overall player of the series and a dedicated one for Asian Time Zone player of the series. With the Main Event win, Stoyan “Nirvana76” Madanzhiev claimed the top spot on the overall leaderboard to receive a Pure Gold Mouse on top of his accomplishment, while Luis “Xapilskinha” Assuncao Garla took the top spot on the Asian Time Zone one to win a Pure Gold Dragon.

If you want to play on GGPoker for the GGSOP, you’ll need to sign up for an account in order to jump into the action. By downloading GGPoker via PokerNews entitles you to a welcome bonus worth up to $600. Your first deposit is matched 200% up to a maximum of $600.