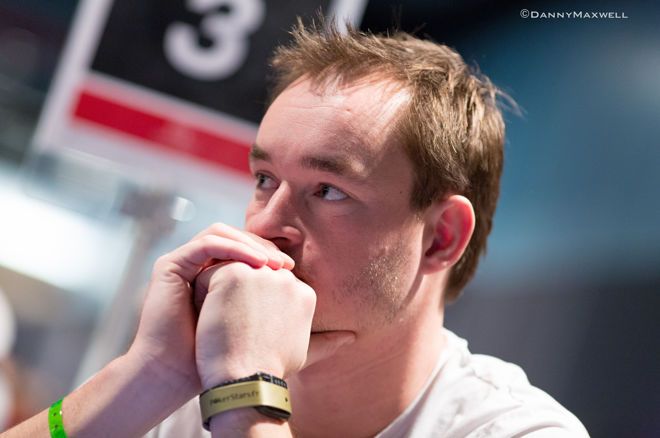 The 2020 World Championship of Online Poker (WCOOP) at PokerStars is in its final stages and action is starting to get tense in the Main Events. All six Main Events are deep into the money, with $1,499,942 awaiting the 2020 WCOOP H Main Event champion, and unofficial title as poker’s online world champion, on Wednesday night.

Besides the action in the flagship events, there were several winners crowned in several tournaments that originally kicked off on Sunday. Among them were Jussi “calvin7v” Nevanlinna, who won a career fifth WCOOP title in WCOOP-69-M: $1,050 8-Game. The High edition of the 8-Game was won by RaúlGonzalez, who defeated Stephen “stevie444” Chidwick heads-up.

Check out below for a complete overview as the WCOOP 2020 heads into the penultimate day of the festival!

The PokerNews live reporting team is on top of all things WCOOP. Don’t miss a beat!

The late registration for the flagship event of the PokerStars World Championship of Online Poker (WCOOP) 2020 remained open until five minutes prior to the restart and an additional 280 entries boosted the field of WCOOP-72-H: $5,200 NLHE [8-Max, Main Event] significantly.

Day 2 of the pinnacle tournament of the festival was slated to play down to the final nine tables and 71 contenders survived the minefields of the post-bubble carnage to have a shot at the top prize of $1,499,942.

Follow along with PokerNews live reporting of the WCOOP High Main Event!

Oliver in Top Five of the PokerStars WCOOP-72-M: $530 NLHE [8-Max, Main Event] with “Pentakilator” in the Lead

The WCOOP M Main Event can be followed right here

Andras Nemeth was known as one of the more accomplished players to fail to capture a PokerStars World Championship of Online Poker title coming into the 2020 series, but he’s trying to remedy that in a big way by winning not one, not two, but three titles.

An opponent from Nemeth’s $5K PLO win, Laszlo “omaha4rollz” Bujtas has also made the final table after a swingy day. He’s one of the better known Omaha players out in the online streets and has been racking up tons of big cashes in tournaments of all sorts for the past couple of years.

Four yet-to-be unmasked screen names will join them on Tuesday’s final table: “d.apollo777,” “jedimaster82,” and “rObetOblancO.” These seven are all that remain from a field of 135 that just nudged past the guarantee of $1.25M.

High-stakes regular “RaúlGonzalez” showed off his mixed game talents in WCOOP-69-H: $10,300 8-Game [High Roller]. winning $235,531 after defeating a 67-player field. The event began back on Saturday and cut to the final day after the money was reached with seven players remaining.

Joao “Naza114” Vieira completed the podium and added $103,325 to his bankroll. Mike “goleafsgoeh” Leah finished fifth, while start-of-the-day chip leader Andrew “ClockWyze” Pantling departed in sixth place despite being in the lead until shortly before his elimination.

In addition to “RaúlGonzalez‘s win in the high edition of the 8-Game, eight more winners were crowned on Monday night. Jussi “calvin7v” Nevanlinna captured a career fifth WCOOP title, as well as second of the series. Nevanlinna won the Player of the Series leaderboard last year and once again showcases why’s he’s considered among the best tournament players on the circuit.

Michiel “utreg” Brummelhuis captured the title in WCOOP 71-H: $1,050 NLHE [8-Max, Progressive KO, Freezeout, Sunday Warm-Up SE] where a massive first-place bounty of $80,076 resulted in a total prize of $165,433. The Dutchman scored one of the biggest online victories of his career and the 11th title for The Netherlands this series.

Check out all Day 23 winners below.

Follow along with the dedicated PokerNews WCOOP Hub to stay on top of all things WCOOP.

The Stars Group is a majority shareholder in Oddschecker Global Media, the parent company of PokerNews